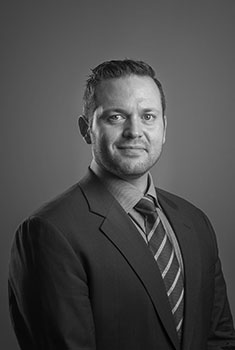 David is the Principal Director of the firm with over 10 years experience as a Criminal Defence Lawyer, 3 years of which have been at Principal level.

David holds both a Commerce Degree and a Bachelor of Laws with Honours.  He commenced working in Commercial Law, however preferred to be in Court on a daily basis as an Advocate, and regularly utilises his skills obtained from his Commerce background when representing individuals in white collar crime matters and fraud related cases. David made this transition to Criminal Law, as he is passionate about fighting for people’s rights and ensuring that just outcomes are achieved.

David graduated from La Trobe University and worked with Slades & Parsons solicitors from 2004 to 2010, where he held the position of Senior Associate. David then commenced his own practice in 2011.

On a professional level, David has been active in issues surrounding the administration of Justice and matters involving the Criminal Law by being involved in the Criminal Law Section of the Law Institute of Victoria, of which he is a current member.

David is committed to ensuring that his clients receive excellent legal representation and ensures that all possible avenues are explored in their defence.  In order to achieve this, David and his lawyers work closely with various experts in relation to DNA and Forensic Analysis; forensic accounting; pathology and toxicology; handwriting analysis; specialist computer analysis; and mental impairment matters, to ensure that the best experts are retained to assist in the preparation of your defence.

David has a strong work ethic, with sound forensic judgment and effective communication skills. He strives to provide the best possible results for each of his clients. 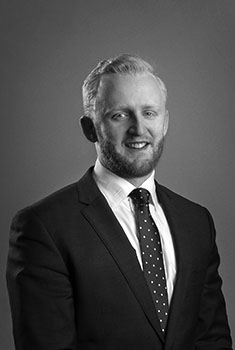 William completed a Bachelor of Laws at University of Otago in New Zealand and was admitted to practice in 2011.

Since joining David Barrese & Associates in August 2012, William has worked closely with Mr Barrese to hone his skills as a Criminal Defence Lawyer. William appears daily in the Magistrates and County Courts for all range of matters and has experience instructing Barristers in County Court; Supreme Court and Court of Appeal matters.

William takes pride in his communication with clients and keeping them informed throughout the process. He is an avid defender of people’s rights and is very dedicated to ensuring a fair trial for all his clients and works hard to achieve the best possible outcome in court.